OCC, DDs, and Tonys: Will 'Kinky Boots' Kick 'Matilda' to the Curb? 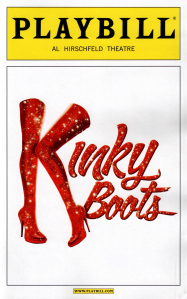 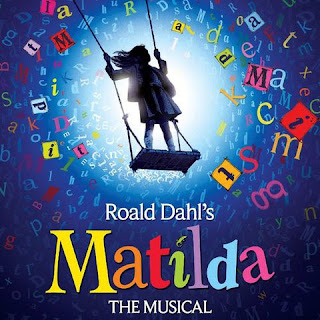 The Outer Critics just announced their winners and it looks like Kinky Boots will be kicking Matilda to the curb if these awards are any indication for the Tonys. Boots walked all over Matilda for the Outstanding Broadway Musical Award and Billy Porter also beat down Bertie Carvel for Best Actor. The two cross-dressing performers are also going head to head in the Tony lead sweepstakes. Perhaps the Matilda producers should have put the brilliant Carvel who steals the show as the delightfully horrible headmistress Miss Trunchbull, in the Featured Category where he would have been sure to win over the OCC champ in that category, Terrence Mann who plays Pippin's overbearing father Charlemange. I think Mann will probably win the Tony because he's been around so long without a win (he was nominated for the original Les Miserables, was in the original Cats and Beauty and the Beast, so the Tony voters may reward him for being in long-running shows where he has to wear a lot of make-up).

Carvel is nominated in the featured category for Sunday night's Drama Desk Awards where he's sure to win. Matilda also has a good chance to triumph in many categories at the DDs because the DD nominators did not take a shine to Boots, nominating it in only two categories--Porter for Best Musical Actor and Annaleigh Ashford for Featured Actress. Just for the record, Ashford was excellent in Dogfight as well, an Off-Broadway entry from Second Stage presented very early in the season.

But the big winner at the OCCs is Pippin which won seven awards and will probably take at least four at the DDs--Musical Revival, Featured Actress in a Musical (Andrea Martin), Director of a Musical (Diane Paulus) and Choreography (Chet Walker). For some reason, the DD committee did not nominated Patina Miller for Actress in a Musical for her slinky, sexy, seductive Leading Player. Mann also failed to garner a DD nom, but that doesn't surprise me as much. Miller, who won the Outer Critics, is a shoe-in to win the Tony and probably would have won the DD if she had been nominated. Laura Osnes of Cinderella will most likely take home DD Best Musical Actress Award.

The one big surprise at the OCCs was Nathan Lane taking Best Actor in a Play for The Nance over box-office champ and Oscar winner Tom Hanks in Lucky Guy. I voted for Shuler Hensley in The Whale for both DD and OCC but that had such a short run at the small theater at Playwrights Horizons, he doesn't stand a chance. Lane might take the DD as well, but my money is still on Hanks for the Tony. OCC winner Cicely Tyson will win both the DD and Tony for The Trip to Bountiful as Outstanding Actress in a Play. Vanya and Sonia and Masha and Spike is the Best Play OCC winner and will most likely take the DD. At first I thought Lucky Guy would flex its box office muscle and take the Tony, but those voters will most probably go with Vanya and consider a Hanks win enough of a concession to the power of the dollar.

Matilda is the favorite for a DD Best Musical win, because Kinky Boots isn't even in that category. But it will probably be overwhelmed by Pippin in the tech categories. In addition, neither Kinky nor Matilda is up for Best Music (unlike the Tonys, the DDs split the score honors between Music and Lyrics). Matilda is in running for lyrics, so Tim Minchin will win for his words, but not music which could go to an Off-Broadway production, possibily Here Lies Love or Natasha, Pierre and the Great Comet of 1812 or maybe even the closed Hands on a Hard Body which got the most DD noms in a tie with Giant.

Outstanding Book of a Musical: Matilda

Outstanding New Score: Kinky Boots
Posted by david.sheward at 9:18 AM