There are many books, articles and essays on particular years in film designated as seminal or highly influential. 1939 is seen as the zenith of the Golden Age of the Hollywood Studios. Several volumes have been published on 1967 as the harbinger of the independent film. I just saw a book on Amazon about 1991 as an important year. For me, 1971 was probably the watershed in movie appreciation. Many of the films I either saw that year or that were released then and I saw later, had special significance for me. Some were the work of my favorite directors who were at their peak artistically (Altman, Bogdanovich, Kubrick). Some expressed the transition from childhood into the beginning of maturity. Some deal with frank sexuality. The Oscar ceremony honoring that year's films (held in 1972) were the first Academy Awards I can remember being allowed to stay up and watch until the end.

My most significant 1971 movie was The Last Picture Show. Though Peter Bogdanovich's sensitive study of life in a tiny Texas town lost the Best Picture Oscar to William Friedkin's intense, jagged police procedural The French Connection, it did receive 8 nominations and won for Best Supporting Actor and Actress.  Picture Show was Bogdanovich's big breakthrough and was hailed as the greatest film by a young director since Citizen Kane. I was only 12 at the time of its release and I knew I wanted to see it. Maybe because of the cast which included Cloris Leachman, who I knew and loved for her role on the Mary Tyler Moore Show. Maybe because it had received such spectacular reviews and I wanted to see a grown-up film. But the movie was rated R and an adult had to accompany me. (They don't still have those ratings, do they?) My dad agreed to take me and though there were some explicit nude and sex scenes, I understood the gist of the film and appreciated its themes of desolation and loneliness. We saw it at the Gateway Cinema near King of Prussia, PA and I can recall the manager asking my father if he knew the nature of the film and that it was for mature audiences. My dad said he understood and that it was okay for me to see it. So I am grateful to him for indulging me and deeming me mature.
Read more »
Posted by david.sheward at 11:19 AM No comments:

Labor Day Random observations on the state of the election as summer ends: 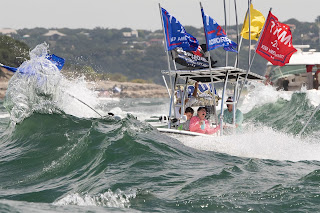 It's pretty clear what Trump is up to. With his constant badmouthing of mail-in voting and interference with the post office, he hopes to skew the election his way. His nonstop, baseless claims that mail-in balloting is rife with fraud is a signal to his zombie base to vote in person and risk their lives due to COVID. It seems to be working. Polls show only about 30 percent of Republicans plan to vote by mail. Meanwhile approximately 70 percent Democrats plan to use absentee or mail-in voting. Trumpy's plan is have the lead on election night via in-person voting, then Biden will surge ahead in the days that follow as the mail vote is counted (some states allow up to three weeks for mailed-in ballots to be counted as long as they are postmarked on election day.) He'll claim victory on election night and say the subsequent votes are illegal. He'll go to court and drag this thing out as long as possible, casting doubt on the results. I hope I'm wrong, but 2020 will make 2000 look like a model of order and decorum. If it goes to the Supreme Court as in Bush-Gore, I think Roberts will want to protect his legacy and vote for Biden if the votes breaks that way.
Read more »
Posted by david.sheward at 4:18 PM No comments: