Just before the Oscars start here are my predictions:

Doc. Short: The Barber of Birmingham

Posted by david.sheward at 5:22 PM No comments:

Email ThisBlogThis!Share to TwitterShare to FacebookShare to Pinterest
Labels: Oscars 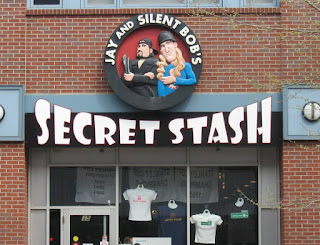 I'm probably the only blogger who will write about those two topics in the title--comics and Project Runway--together in one post. I just happen to be that weird combination of gay man and geeky fanboy. I remember thinking I was also probably the only person in the tristate area who carried both the latest edition of the New Yorker and the new I Zombie in their shoulder bag. I am also probaly the only kid who had Doctor Who paperbacks next to Doestoyevsky on his shelf.

But the strange dichotomy comes under the heading of what I've been reading and watching lately. As you may recall, my partner Jerry got me a Kindle Fire for Christmas and I have been downloading a lot of crap onto it. There's an app for Comics and I have so far downloaded about ten so far. I hope it doesn't take up too much space because I don't know how to put them in the cloud--don't you love these technical terms? I still don't know what cookies are.

I also wander if I should download comics because that will diminish my need for actual print comic as opposed to virtual ones. So far I have downloaded the latest issue of the Fantastic Four, a comic version of the Avengers--the British TV series with Diana Rigg and Patrick MacNee, not the Marvel Superhero group--an indie comic called Too Much Coffee Man, the first Man Mad comic from Mike Allred, Archie's gay friend Kevin Keller's premiere solo issue--see my earlier post on Rick Santorum. The app also had an entire run of the first 20 or so issue of Batman from the late 1930s to the early 1940s. I downloaded an issue featuring the work of Dick Sprang, one of the most prominent artists of the 1950s Batman with the square jaw and the ever-present smile.

This leads me to the new AMC (American Movie Classics) series Comic Book Men. Many cable reality shows are based on collectors of esoterica who have stores where weirdoes come in to sell their stuff and the hook is how valuable this junk is. Pawn Stars, American Pickers, etc. are examples of this genre. This new series is based on the real-life store in Red Bank, NJ owned by Kevin Smith called Jay and Silent Bob's Secret Stash. Smith made several movies incl. Clerks (which I've never seen). Side note: Isn't it weird how cable networks have all sort of melded together. AMC was originally a purveyor of classic Hollywood fare, but now they are a weird amalagm of original programming (Mad Men and The Walking Dead) and this reality stuff, just like TLC and Discover and the History Channel. Anyway, I watched the first episode of Comic Book Men and part of the second (too tired). It's strictly for comic book geeks like me. The four nerds--and I mean that as a compliment--who work in the store greet weirdos who come in off the street trying to sell them some crap from their attics. In between negotiations, the quartet does some goofy stunt like sell overstock at a flea market or play street hockey. I'll have to watch more to form a solid opinion, but it's kinda fun and the type of place I'd hang out at.

But I've grown disillusioned with Project Runway All Stars. The co-dependence between Kara and Kenley is not enough drama to keep me going. The biggest conflict each week is when someone uses someone else's sewing machine. I think the main problem is the designers have all been through this before and there is no Tim Gunn to shepherd them. The last episode I blogged about was the Miss Piggy challenge. Nothing very exciting has happened since.
Posted by david.sheward at 9:57 PM No comments:

In a recent speech, Rick Santorum described America's future if Obama wins a second term. He painted a grim fantasy of citizens huddled in their homes afraid to venture into the streets because the country had become a nightmare of violence and fornication. As the President destroys the very foundations of our great society--the family, the church, small businesses, the Rotary, the weinie roasts, Pop's Chock'lit Shoppe--vandals take over and unleash a carnival of carnality and destruction. Santorum has also made other outlandish claims about an Obama second term--the Catholic church will be forced to hire women priests to avoid sexual discrimation lawsuits, religious liberties will be eliminated, etc. And this is the man who is the Republican front runner?

Ricky is making a slight effort to sound less extremist. He did say he voted for access to birth control when he was in the Senate and he would continue to support it even though his personal convictions run contrary to the concept of non-conception. But he's basically saying he'd take America back to the 1950s when everyone went to church, no one took the pill, women stayed at home to mix the martinis, and the only gays were the choir master and the florist and that funny guy who taught drama to the high school kids, but none of them openly had boyfriends or--GOD FORBID--actually got married to each other.

That's the America he wants and many Republican voters are OK with that as long as they get their jobs at the Walmart or the Stop and Shop. Fortunatly, the economy is beginning to turn around and the polls are showing Obama's America--one where sex outside of hetero marriage is not stigmatized--is OK with most voters. Since the president's numbers have gone up, now the Republicans have nothing to talk about--except contraception.

Today's America must horrify people like Santorum. There are gays everywhere. Even Archie Comics has a gay character--the confident handsome Kevin Keller--I just downloaded the first issue of the series devoted to him onto my Kindle Fire (see related upcoming post on digital comics).

Recently my partner Jerry had lunch with a relative who is a moderate and has voted for both Republicans and Democrats and doesn't follow the news as closely and obsessively as the two of us do. The relative is disappointed in Obama for whom he voted previously and is reluctant to support again. He feels the president hasn't done enough. That's kinda fair, I can understand that. Even if you take into account the Republican obstructionism. LBJ had opposition, but he got stuff done. Anyway, the relative told Jerry he didn't like Romney and knew very little about Santorum. The former Senator from Pennsylvania didn't seem so bad. That may be what's helping Rick. Most Americans don't spend every waking hour watching Fox, MSNBC, or CNN and then pouring over political blogs and websites. They don't know every detail about these guys and they figure, hey, I'll give this Santorum a look. Maybe he's a little to the right of Romney, but so what? He seems to be a regular guy that blue-collar folks can identify with--if they happen to be SATAN!

Fortunately, Rick will continue to say more and more outrageous stuff and turn off reasonable people--but maybe not, which would be good for the Prez. He just might win Michigan which will throw the entire primary process into disarry--not that it's been a model of orderliness heretofore (Thank you, Iowa and Maine). But Mittens will win in the end, but he will be so bloodied and seen as unpopular that Obama will trounce him.

Posted by david.sheward at 4:04 PM No comments:

I haven't written a blog in weeks and the politcal situation has totally changed. Newt is out and Rick Santorum is in. Can you believe this? Well, actually I can. I didn't think Republicans would be dumb enough to vote for Rick "Man-on-Dog-Sex" Santorum, but they just can't stand Mittens. Newt ran out of money and starting running off at the mouth about sugar subsidies and moon colonies, so his Las Vegas sugar daddy cut off the purse strings. That left Ricky as the only alternative to Mittens--I saw a post on the CNN website calling him Flipper the Elitist Robot, I like it. So Ricky won three states last week--Colorado, Missouri, Minnesota--while Mittens fumbled.

What's amazing is that anyone with a brain in their head would acutally think Santo Claus could beat Obama. The Prez would crush him like an ant. Evidently there is a school of thought among right-wingers that if they nominated a moderate they will lose, as they did with Dole and McCain. But Santorum is so far to the right it's absurd. He raises incredibly retro issues like women in combat, gay marriage, the dignity of being a housewife, and contraception--not just that Catholic-affiliated employers shouldn't be forced to cover it in their health plans, but that anybody should be able to deny it to women. My God! What is this, the 1950s? I can see objecting to abortion, but birth control??? And another thing, you know the tide is turning in our favor when Bill O'Reilly defends Ellen Degeneris against a group who wanted her fired from JC Penny for being gay. It's no longer mainstream to be homophobic, but Rick still thinks it is.

Mittens is in a fix now because he can't squash Ricky as he did Newtie. Both anti-Romneys are far-right extremists, but Ricky is an honest extremist. Newt is a lying, lobbying, adulterous, ethically challenged blowhard and Mittens could launch millions of negative ads against him and be perfectly justified and have them resonate. There is not as much ammunition to use against Santorum who actually believes everything he says. You may not like what he says--and I don't--but he's never changed positions as Mittens and Newtie have. I don't see Santorum getting the nomination, but it's telling that after all this the inevitable Romney is trailing in the polls behind him, even in Michigan, Romney's home state. Even after all this time, Mittens still can't get the base to like him.

Posted by david.sheward at 9:09 PM No comments: