In the science-fiction classic Childhood's End, author Arthur C. Clarke imagines mankind's last generation before reaching the next evolutionary level. As humanity discards the earth and is about to take up with extraterrestrial super-intelligent beings, there are tens of thousands of TV channels to amuse us as a sort of farewell present. I think we've reached that plateau since there are now literally millions of shows that can be watched anywhere anytime on hundreds of difference platforms. I am participating in this media frenzy like everyone else but I'm not as bad as the folks on The People's Couch who will watch anything their Bravo overlords tell them to. (But I do like them because they are the only people on TV were respond to my Tweets, especially the Zeno family.) Right now I am following animated original series on Netflix and Hulu as well as new shows on Amazon and Itunes (from Pivot). And let's not forget my standbys Doctor Who, The Amazing Race, and Project Runway. 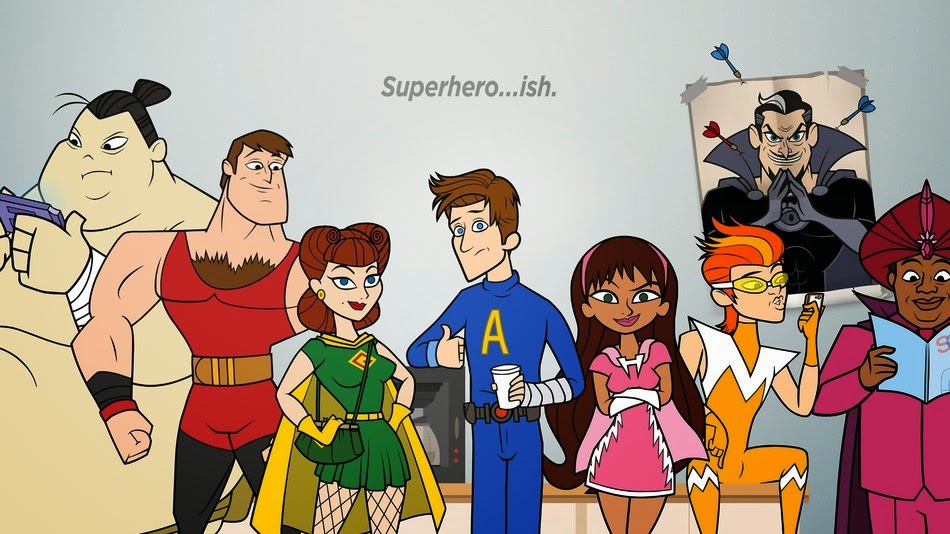 On Hulu I recently started watching The Awesomes, the service's first original animated series. Its premise of a bunch of bumbling, second-tier superheroes attempting to break into the top tier has been attempted before. DC had a comic book in the 60s called The Inferior Five featuring a crowd of superpowered goof-ups. Seth Meyers of Late Night stars as the voice of Prock, Professor-Doctor Awesome whose only super power is his intelligence and the ability to stop time, but every time he does it, he gets a nosebleed. plus his arm is constantly in a cast. It's genuinely funny, and one of the few series on Hulu you can get for free without having to buy Hulu Plus. But they include commercials. I've grown used to living without these annoying ads so I turned on AdBlocker. But now I have a blank screen on my computer for four minutes during the breaks. It really interrupts the flow worse than the ads. I suppose I could turn off the Adblocker but I'm too lazy.

Read more »
Posted by david.sheward at 9:35 AM No comments:

As the holidays loom, Broadway vultures are circling ailing shows in the hopes of plucking up the theaters they vacate. No sooner does Pippin announce it's throwing in the towel on Jan. 4 than The Heidi Chronicles dives in and snaps up its home the Music Box. Right now the only unclaimed house is the Jacobs which will be vacant when Once shutters on the same day as Pippin. But instead of a new show opening there, the word on the street is that the fabulously hot It's Only a Play will move there from the Schoenfeld which is promised to The Audience with Helen Mirren. Nathan Lane, the star of It's Only a Play and the best thing about it, is committed to play The Iceman Cometh at BAM, so rumors are flying that he will be replaced by Martin Short whose memoir I Must Say has just been released. There is speculation that The Last Ship, Sting's debut musical which received mixed notices, might not survive till New Year's and hovering over the desirable Neil Simon are The Visit, the musical version of the Durrenmatt play which has been on the regional circuit for decades, The Band Wagon, the stage version of the classic MGM movie playing at Encores this weekend, and Amazing Grace, a show telling the story behind the well-known spiritual, recently in Chicago. There's also The First Wives Club, also playing in Chicago in March, but it probably won't be ready for this season

Read more »
Posted by david.sheward at 12:57 PM No comments: