ANCHORAGE, ALASKA--Just a quick post to let you know I am in Ancorage, Alaska in the lobby of the Ramada Inn. Flew in yesterday from NYC. We're waiting to take a bus to the airport and meet the bus for the land portion of our tour which will end in a cruise in a few days. Thursday night before leaving was a double header of reality bliss--Expedition Impossible and the premiere of Project Runway. (I realize I got it wrong in the previous posts; it's Expedition not Operation Impossible). On Runway, I liked Victor and Becky's outfits best. They wound up in the middle. The guy with cancer, the Trinidadian beauty queen, and the old guy who looks like Jon Voight were on top while the whiny bald guy, the fabulous African-American designer with the do-rag and the girl with the little-girl pajamas were on the bottom. (Expedition Impossible was exciting when erik the blind guy jumped off the cliff.) On the plane to Anchorage, I spent $8 on Direct TV because Runway was on. But then we got over water and reception was down, so I had to settle for reruns of Parks and Recreation, The Middle, 30 Rock, and The Big Bang Theory.

BTW, Jerry forgot his passport, so now I can hold that over his head for a while. The camcorder we brought broke down and we took a cab to Walmart to buy a cheap new one. Can you believe it? I've now been to the Anchorage Walmart.
Posted by david.sheward at 2:36 PM No comments: 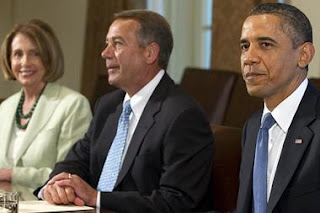 I just don't believe that the average American worker earning $20,000 a year at the Price Chopper thinks it's right that her Social Security and Medicare benefits should be cut and millionaires should not get a tax increase or corporations should be allowed to keep their tax loopholes for corporate jets. Yet this is what the Tea Party and Eric Cantor who have us buy. At least, that is the picture Fox and the Koch Brothers are trying to sell us. Don't these people--the Price Chopper and Walmart workers see that they are being sold a bill of goods? The aim of the Republican Party is now and always has been to let the rich keep as much of their money as possible without having to contribute to the common good? Now it's all being disguised over concern for the deficit and not wishing to burden our grandchild with debts to the Chinese.

I only hope Joe and Jane Public see through this obvious sham to the truth--they are being asked to sacrifise their affordable co-payments and milk money so fat cats can continue to fly to Bermuda for sales conferences without paying for it. Their whole agenda is to strip away all the progress America has made in the last century to return to Gilded Age of the 1890s when Vanderbilts, Rockefellers, etc. could eat oysters and take grand tours without worrying about pesky things like labor unions or minimum wages.

Michele Bachmann and the crazy House Repubs are actually willing to let the debt ceiling deadline pass without extending it and risking a financial meltdown that will make 2008 look like a day at the beach.

I'm glad Obama is standing up to these nutbags--FINALLY!--and telling Cantor to start acting like a grownup. Obama has been willing to compromise--too much I think--but Cantor and his minion whill not give a freaking inch on revenues--the new buzz word for taxes. Isn't it clear they are only doing to to suck up to their corporate overlords. They say it's to allow big business the opportunity to create new jobs, but even though many corporations are reporting record profits, they aren't hiring new people. The reason is the big execs discovered once they laid off everyone off in 2008, they could get one person to do the work of three and be great they had a job at all. So why should the bosses hire anyone when they can save on benefits and wages and get a smaller staff to work like dogs for less money?

Some are saying McConnell's sneaky plan to have Obama be responsible for raising the debt ceiling is giving in, but it's actually a cynical move to allow the Repubs to say to their base "See, we never voted to raise the debt ceiling and we never voted to raise taxes--on ANYBODY--it's all Obama's fault your kids can't go to college. Now hand us the keys to the kingdom in 2012 so we can gut the government, get rid of all those programs that don't benefit anyone but a bunch of lazy loafers who aren't white, and we can start living life the right way--like at the end of Atlas Shrugged." I only pray they won't fall for it at the Price Chopper.
Posted by david.sheward at 9:47 AM No comments: 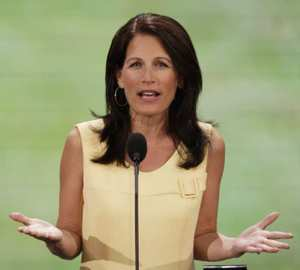 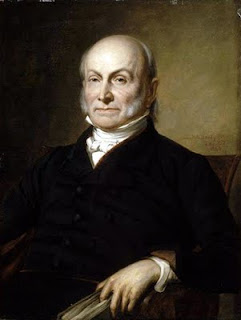 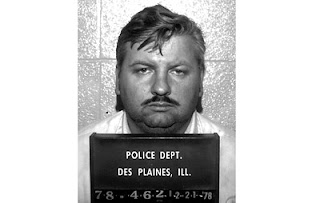 In my last blog I talked about this conservative, anti-gay commentator on Huffington Post who calls herself Della Street after the secretary on the old Perry Mason TV show. A friend emailed that ironically, Raymond Burr, the actor who played Mason was secretly gay and that a recurring role was played by another closet case, the son of Hedda Hopper, the infamous gossip columnist and notorious homophobe. Maybe I should comment on Della's next posting that her ficitional boss was played by a gay man. I bet she'd change her secret identity right quick after that little revelation.

Speaking of conservative nutbags, Michele Bachmann has risen in fame thanks to her performance at a Republican candidates debate and her strong showing in the Iowa straw poll-second behind Mittens Romney, or as we like to call him, Guy Smiley. She's getting lots of attention and making lots of gaffes as a result. You probably heard about her saying John Wayne came from her home town of Waterloo, Iowa, and that she has his super-patriotic blood flowing through her all-American veins. Turns out Wayne's parents were from Waterloo, but the Duke was born in another Iowa town beginning with a W. Meanwhile, the only John Wayne who lived in Bachmann's home burg is serial killer John Wayne Gacy (pictured), who probably was named for the Duke. (Gacy was born in Chicago but moved with his parents to Waterloo when he was a child.) Evidently, Wayne's birth was a local legend no one on Bachmann's staff bothered to check. (I leafed through a Wayne bio at the Strand to get the right info.) But aside from the error, what crap is this broad selling? An illusion of an America that never existed. Wayne was a movie star acting in fantasies about the old west and World War II. In real life, Wayne never went to war like his contemporaries Jimmy Stewart, Henry Fonda, and Clark Gable. Also in real life, her home town produced a murderer rather than a hero.

Bachmann is in the business of selling an image of America to those Tea Party people who want to believe we lived in a world of white picket fences and white, straight, Christian people, and want to live there again. No gays, no Muslims, no abortions, just Archie and Betty sipping malteds at Pop's Chock'lit Shoppe. She extends this illusion all the way back to the 18th century with her bogus history lessons about the Founding Fathers working tiredlessly to end slavery. George Stephanolous--that's a foreign sounding name, she probably thought to herself during the interview--grilled her on point. She responded John Quincy Adams (pictured) worked against slavery and though he was a boy, he worked as his father's secretary and was part of the revolutionary era. WHAT? First of all John Quincy did not work as his dad's secretary until John Adams went to France as minister to join Ben Franklin to get funds to support America's struggle against Great Britain. Young Johnny was at home with Abigail when John Adams was working on getting the Declaration of Independenance ratified. When the father and son were in Paris they were not working on ending slavery.

Many years later, JQ Adams became the sixth president and then a Congressman in the 1830s and 40s. That's when he worked against slavery, despite the strong opposition of Southerners. You couldn't even mention slavery in Congress for several terms. Adams did suceed in passing a law to abolish the slave trade in the District of Columbia, but he died many years before the Civil War.

George did point out JQ Adams was NOT a founding father. He should have pressed her and said, "Adams is a bit of a strecth, what other founding father worked tirelessly to end slavery?" But he moved on to other topics. The point is Bachmann is faciliatating this alternate-reality version of American history where the revolutionary generation is seen as god-like beings incapable of supporting an evil like slavery.

She also has a lesbian stepsister and despite this has campaigned against gay marriage. Her husband runs a mental health clinic which advocates and practices gay-conversion therapy. Again, this is supporting an illusion--that homosexuality is an illness which can be cured.
Posted by david.sheward at 9:53 AM No comments: