MSNBC can be just as bad as Fox sometimes. You saw that Ed Schultz was suspended for a week for calling Laura Ingram a right-wing slut. If he had just said nut instead of slut everything would have been hunky-dory. But, aside from blurted-out insults, I've noticed lately the folks on the leftie network stoop to Fox tactics. Just after Obama released his long-for birth certificate and effectively shut off the whole conspiracy theory about his status as a US citizen, Lawrence O'Donnell had Orly Tatz, the so-called birther queen, on his show. He basically harangued and screamed at her. Granted, this nutbag, Zsa Zsa Gabor clone deserved it, but why have her on if all you're going to do is browbeat her.

O'Donnell asked if she would acknowledge that the long-form birth certificate was real and would she admit she was wrong and apologize for taking up everyone's time like a sorry little girl. She held up some document she claimed was Obama's civil service record--whatever that is--and then O'Donnell basically went ballistic on her. She refused to answer his question, and he kicked her off the show. That was as bad as any Fox show. It would have been more effective if he'd calmly asked her why she was evading the obvious evidence right in front of her? Then she would have looked like a loon and O'Donnell would have seemed like the sane one. Instead he came off as a screaming maniac rather than a responsible journalist.

On another MSNBC show, Martin Bashir played similar games. He was interviewing this ultraconservative former Congressman Tancredo who, during his term, had said Obama was more dangerous to America than Al Qada--is that how you spell it? Bashir asked Tancredo if he was in favor of Obama being assassinated since by the reporter's logic if the president was more dangerous than the terrorist organization, and the head of that organization, bin Laden, had just been assasinated, ergo it's a fair question to ask if the former Congressman thought the prez should be offed. Tancredo replied Of course not. He wished Obama political harm, but not actual physical harm. It was an unfair, sensationist question.

I love MSNBC most of the time, but these extremes are unbecoming. The NewsHour on PBS would never stoop to such tactics. One more note on MSNBC: I was watching Morning Joe right after the special NY election when Paul Ryan's Medicare overhaul cost the Repubs a safe Congressional seat. Joe Scarborough and the panel basically took the tack that at least Ryan was trying to do something to stop the popular program from going bankrupt and that the Dems are just in favor of doing nothing. So the repubs just need to get the message right and they won't lose the House in 2012. That may be, but how about the fact that the Repubs REFUSE to even consider raising taxes on rich people, which would help the Medicare situation. It's funny that the Repubs are moaning about the Dems "demagoguing"--is that how you spell it?--and scaring seniors over the medical insurance claims. They've already forgotten all the "death panel" horror stories they cooked up. Remember Michele Bachman saying "Grandma is not shovel ready"? It's looking like the Ryan budget is a loser and Boehner is stuck with it. All Obama has to do is say these guys want to take away your Medicare and replace it with a voucher system plus they won't even give aid to tornado victims in their own states without spending cuts elsewhere and he will be in the White House for another four years.
Posted by david.sheward at 7:46 AM No comments: 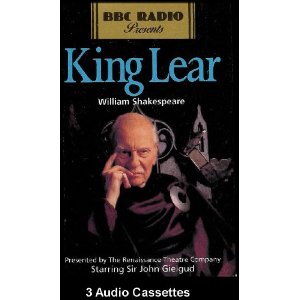 Stupid scumsucking Google screwed up my account and I had to start another blog. It said my account had not been activated and it would to send a verification email to me. "Whadda mean it wasn't activated?" I screamed at my laptop. "I had been using it constantly." Well, the email I had used to set it up doesn't really work well. So I entered my work email and it said I couldn't use that to access the account. So I had to create a whole new blog using my work email. I don't understand it either, but I'll figure it out.

Fortunately I can still access the earlier blog, I just can't update it because it won't let me. The last blog was on Doctor Who and Buck Rogers. I haven't written anything for weeks--since the end of April--because I've been so busy going to shows at the end of the theatre season. I didn't even finish setting down my reactions to the last four episodes of The Amazing Race: Unfinished Business. I was pissed Zev and Justin were eliminated just before the final three were set. It was all due to Zev's lack of rhythm in the samba challenge which set them back. They thought they could make up the time by selling bikinis when everyone else was making those cocktails. I felt badly for them, especially since they had to have their hairy chests waxed and all that crying.

In other news, two weekends ago, my friend Diane visited upstate and we went to a book sale at the local library. I found a BBC Radio recording of King Lear with an all-star cast including John Gielgud as King Lear, Judi Dench as Goneril, Eileen Atkins as Regan, Emma Thompson as Cordelia, Kenneth Branagh as Edmund, Keith Michell as Kent, Richard Briers as Gloucester, Michael Williams (Dame Judi's husband) as the fool and  Derek Jacobi--whom I'd just seen as Lear at BAM in a magnificent performance--Bernard Cribbins, Nicholas Grace, Bob Hoskins, all played tiny parts. we listened to it on the drive back. It was only $2. I also found a recording of Emma Thompson reading Howards End and Julie Harris reading the Diary of Anne Frank.

I will try to get back to the first blog, but this will suffice for the moment. Remember the blog on Technology and Me: A Horror Story? This is another example of that strained relationship.
Posted by david.sheward at 9:12 PM No comments: