Rhoda's Dad as a Nazi?

While flipping channels the other night, I landed on MeTV's 10-11pm Hogan's Heroes block. I turned there to wait for the Carol Burnett Show at 11pm. I did watch HH every week when I was a kid during its six-year run from 1965 to 1971. But I had absolutely no interest in watching any of the reruns in the 50 intervening years. The premise of the show was always a bit strange. Set in a German POW camp during WWII, the plot centers on a band of merry misfits who outwit their buffoonish Nazi captors. Their leader, charismatic, attractive Robert Hogan wormed his way into the office of idiotic commandant Col. Klink. In reality, the Allied prisoners would have been beaten and tortured, not treated like lovable pets. John Banner played nazi guard Sgt. Schultz like a sweet grandfather.

Anyway, the episode I turned to featured Harold Gould, Rhoda's dad and Rose Nylund's boyfriend, as General von Schlomm, the personal envoy from Der Fuhrer. I had totally forgotten he was on this show in this recurring role. I remembered General Berkholder (the heavyset Leon Askin) and General Hofstatter (the screeching Harold Caine), but it turns out Gould was on dozens of TV shows before his best-remembered roles on Rhoda and Golden Girls. He turned up as Harvey's boss on the Carol Burnett Show a few times. I probably didn't recall any of them because he didn't have his moustache in many of these roles.

Read more »
Posted by david.sheward at 7:05 AM No comments: 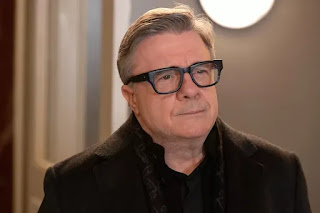 Much has been said about Nathan Lane finally winning his first Prime Time Emmy for Guest Actor in a Comedy for Hulu's Only Murders in the Building after seven nominations. He was previously nominated for Modern Family (3 times as Pepper Saltzman, Cameron and Mitchell's excitable friend), The Good Wife, Mad About You and Frasier. But what everyone seems to forget is that he already won two Daytime Emmys for his voice work on two cartoon shows--Disney's The Lion King's Timon and Pumbaa and Teacher's Pet. The latter was a delightfully quirky ABC series about a talking dog who disguises himself as a boy in order to attend school with his master. It ran from 2000 to 2002 and was pretty funny. The artwork was bizarre and fascinating and the cast was particularly distinguished for an animated show. Lane was joined by Jerry Stiller as sarcastic parrot Pretty Boy, David Odgen Stiers as neurotic cat Mr. Jolly, Debra Jo Rupp as the boy's teacher who also happens to be his mom, Wallace Shawn as the principal Mr. Strickler, and I'm pretty sure Betty White did a guest shot as the grandmother. Bernadette Peters, Fred Willard, Tim Curry, and Patrick Warburton also did guest appearances. There was also a film version which I never saw. 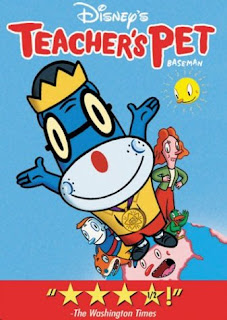 Read more »
Posted by david.sheward at 6:40 AM No comments:

Tony and Drama Desk winner Jefferson Mays (I Am My Own Wife, A Gentleman's Guide to Love and Murder) will bring his one-man version of A Christmas Carol to Broadway. The stage adaptation will begin previews at the Nederlander on Nov. 8 in advance of a Nov. 21 opening for a limited 66-performance run. Mays will leave his current role of Mayor Shinn in The Music Man at the Winter Garden
on Oct. 23.
Mays plays 50 different roles in this spectacular staging of Charles Dickens' beloved classic. This breaks a record for the actor who played 40 characters in I Am My Own Wife and 9 in A Gentleman's Guide. This version, directed by Tony nominee Michael Arden (Once on This Island, Spring Awakening), adapted by Mays, Susan Lyons, and Arden and conceived by Arden and Tony nominee Dane Laffrey (set design for Island and Awakening), premiered in 2018 at the Geffen Playhouse in Los Angeles. In the winter of 2020, a filmed version was streamed.
Read more »
Posted by david.sheward at 3:22 PM No comments:

Email ThisBlogThis!Share to TwitterShare to FacebookShare to Pinterest
Labels: A Christmas Carol, Broadway, Into the Woods, Jefferson Mays

It's official. The revival of Sweeney Todd, the 1979 Stephen Sondheim and Hugh Wheeler musical about a cut-throat barber and his pie-making cannibalistic accomplice, will definitely begin previews at the Lunt-Fontanne Theater on Feb. 25, 2023 in advance of a March 26 opening. Pop superstar Josh Groban and Tony winner Annaleigh Ashford will star. The production had been rumored for several weeks and was reported on in Broadway Journal. On Sept. 5, artwork for the show began showing up on social media and the Ticketmaster website posted a performance calendar (tickets go on sale Mon. Sept. 18).
Read more »
Posted by david.sheward at 10:50 AM No comments:

While strolling through the streets of Portland, Maine where I am vacationing, I passed three sane-looking people who were carrying a large banner and some signs. When they unfurled it in the middle of a public square, the banner read "F**k Joe Biden and F**k You If You Voted for Him." I wisely held my tongue and kept walking as they gestured to passing cars to honk if the drivers agreed with their heinous message.

In another recent encounter with derangement, I was waiting for my physical therapy appointment in Rego Park, Queens. The waiting room was filled with patients, all masked as per the office's requirements. Two workmen entered and explained to the receptionist-office manager they were repairing the air conditioning in the building next door and needed access to this building. The receptionist said fine, but they would need to wear a mask (This was about two months ago when the COVID transmission rate was still relatively high in NYC.) The younger workman got his back up and refused to don a mask. Another patient tried to calm him down, saying "Look, man, I agree with you, but just put on the mask. It's her office." The workman's older colleague also attempted to get him to comply, but the younger guy spouted ignorant misinformation and blustered in outrage that he was being asked to cover up.

Read more »
Posted by david.sheward at 8:44 AM No comments: