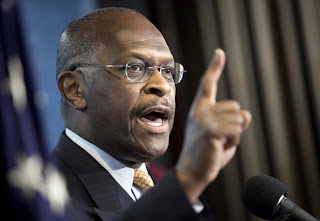 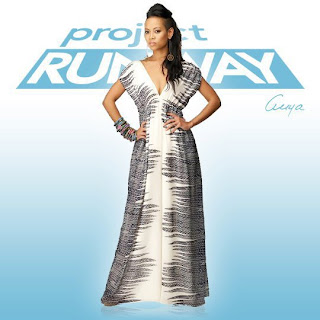 Well it's almost November and I haven't written to all ten of you loyal followers since September. What can I say, legion of fans? My life has just been too busy to blog about. There were several major events at work and now there is so much reality TV to keep up with, I have barely enough time for real life, let alone commenting on it.

There is so much going on, I will just give you the highlights:
In the last post, I predicted Rick Perry would sputter out and lose his momentum (RIGHT AGAIN) but who could have guessed Herman Cain would have taken his place as the darling non-Romney of the Tea Partiers? I think it's because his tax plan has a lot of numbers in it and it's easy to remember. I said Perry would be the favorite of the right wing for a while and Mittens would still emergent as the nominee. Just substitute Cain for Perry.

An even bigger surprise was the outcome of Project Runway. (I haven't been able to write about any of my usual reality favorites, but I have been watching). I should have seen it coming when the judges let Anya stay past the final four and show at Fashion Week when she should have been eliminated. They hated two of her three final looks, for cripes' sake. She did do a good job, but her collection was very one-note. At least Miss Bitch Josh didn't win--what was up with those electric green shorts and that 1960s psychedelic print? Ugh. Viktor should have won. His collection was the most polished, imaginative and diverse, yet unified. But they wanted to give it to Anya from the begining.

Immediately after Project Runway, I watched the new show Project Accessory or as I like to call it Let's Milk This Format Dry of Every Drop of Profit. It followed Runway very closely right down to the logo, the mentoring, and the final fashion show. And it's interesting to see how rings, bags, necklaces, etc. can alter and spuce up a look. It was pretty clear the eliminated one would be either the rocker chick who looks like a young Elizabeth Ashley or the mature African-American woman who did the eleborate chandelier necklace and the Queen Hipolyta girdle. Both had the most airtime but I had a feeling they kept the rocker chick because of her outgoing personality. I'll keep watching.

Work of Art recently started its second season and is worth watching just to hear everyone say Sucklord. The Amazing Race is nearly halfway through and I'm not excited about any of the contestants. I will try to write more about them in the weeks ahead.
Posted by david.sheward at 2:14 PM