With recent announcements of firm openings, casting and theaters, the 2021-22 Broadway season appears to be solidly set. American Buffalo and Funny Girl have solidified their locations and performance dates. That leaves only Sing Street dangling. The musical had announced a Broadway transfer from its New York Theater Workshop run before the pandemic, but that doesn't seem likely now since almost all of the theaters have been snapped up. Many shows have reopened and a few new ones have opened their doors. There have been bumps on the road--Aladdin had to suspend performances due to a breakthrough outbreak of COVID in the company and Lackawanna Blues cancelled a few shows due to the back injury of Rueben Santiago-Hudson, the playwright and sole performer. But, Broadway is definitely back and open for business.

American Buffalo, David Mamet's gut-punch of a play about three petty thieves planning a burglary of a rare coin collection, had been in rehearsals when COVID shut down all the theaters. The show, directed by Neil Pepe, will now begin previews at the Circle In the Square (currently the home of Chicken and Biscuits) the week of March 22, 2022 and open on April 14. Tony and Emmy winner Laurence Fishburne, Oscar winner Sam Rockwell, and Emmy winner Darren Criss will star.

Buffalo premiered on Broadway with Robert Duvall, Kenneth MacMillan and John Savage in 1977 and has been revived in 1983 with Al Pacino and in 2008 with John Leguizamo, Cedric the Entertainer and Haley Joel Osmet. There was a 2000 Off-Broadway revival, also directed by Pepe, starring WH Macy. 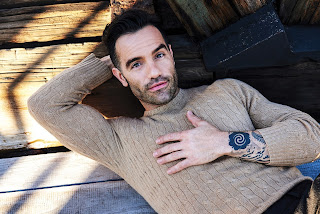